British rock band Primal Scream originally formed in 1982 in Glasgow by Bobby Gillespie and Jim Beattie. Primal Scream were the  winners of the first ever Mercury Music Prize for 1991’s ‘Screamadelica’, Primal Scream have influenced a generation of fans over their 20 year career.

Primal Scream’s 1987 debut LP ‘Sonic Flower Groove’ was influenced by The Byrds, Velvet Underground and the C86 scene. Not only did it publicly introduce the band, but it also set the tone for a musical style that would define the following decade and pave the way for bands like The Stone Roses and The Happy Mondays. 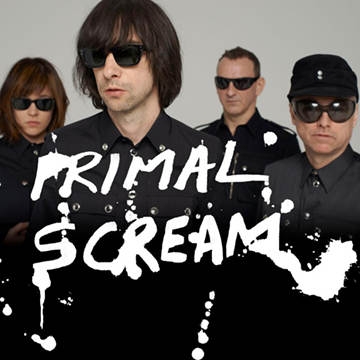