Session Americana whose members have played with a variety of acts including Patty Griffin, Josh Ritter and the J Geils Band expertly blend vintage American roots music styles from country to jazz to rock in a rowdy but deft fashion.

They’re a rock band in a tea cup, a folk band in a whiskey bottle. Each gig is a freewheeling modern hootenanny with an anything-could-happen fell. Whether it’s their latest batch of original songs or reaching back in the great American song book there’s an ease, skill and genuineness to their timeless music.

"Session Americana has developed into a travelling medicine show which eschews snake oil in favour of an ongoing grail quest for the perfect collaborative experience." - Hot Press 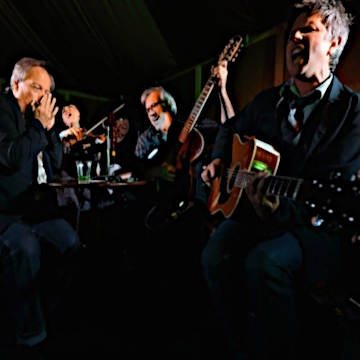