Spanish singer/songwriter with a youthful pop/rock style, Vanesa Martín made her solo debut in 2006 with the album Agua and the breakout single "Aún No Te Has Ido." Hailing from Málaga, Spain Martín went on to receive the 2009 Dial Prize at the Cadena Dial Awards for one of the best national artists of the year.

She followed it up with her third effort, Cuestion de Piel, in 2012.  The record was an instant success, climbing to the Top Ten on the Spanish Top 100 Albums Chart. The young creative artist rounded off a busy year in 2012 with the release of her first live acoustic album.

The following year, she was awarded the Youth Art Award by the Andalusian Institute for Youth. Her fourth studio effort, Crónica de un Baile, arrived in 2014. The album was once again a success, rising high in the charts at the time of release, eventually going on to be certified platinum for Spain.

Vanesa Martín returned with more material in 2016, beginning in March with the release of Mujer Océano, a book that collected various poems she had written over the years around recording sessions. She put out her fifth studio effort, Munay, later that year. The record rose to number one on the Spanish albums chart. 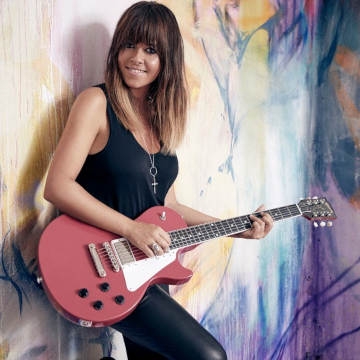