The Whistlin’ Donkeys were formed in Dromore, Co.Tyrone back in 2012 by the three founding members of the band Fergal, Stevie and Tòmas. The lads had been playing music together for years before forming the band and had made the decision one night over a few beers to expand their horizons and to recruit fiddle, bass and drums to their line up, which would take them in a new musical direction.

Over the last few years the band have played many shows in Manhattan NY, Boston PA, Liverpool, London, Bälve and Poyenberg Germany, bringing their version of Celtic folk classics to audiences far from the emerald Isle. 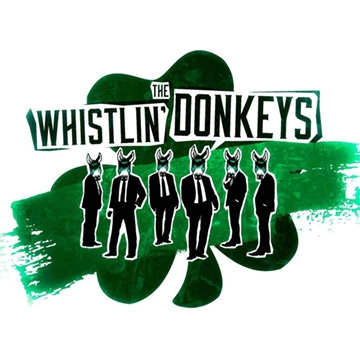