Proving one of the most exciting bands emerging from Scotland, the four-piece deliver a unique sound that fuses the guitar swagger of Kasabian, with the edgy hip-hop delivery of The Streets and the electronic-pop undertones of Twenty One Pilots to create a style that pushes the boundaries of rock.

The band’s 2015 debut Class was their first statement, reaching #1 in the Indie Breakers Chart the week of release and making the Top 10 in the Scottish chart. They went on to tour with bands including Anderson Paak, Twin Atlantic and All Time Low as well as playing at major festivals including Reading & Leeds,

The LaFontaines released their follow up album Common Problem to critical acclaim. 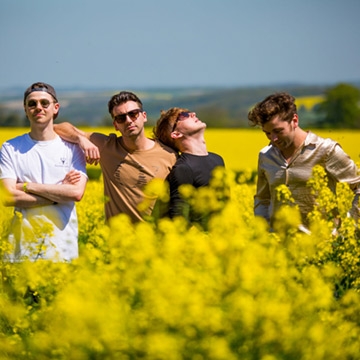