Breakthrough Irish band Vinci are a new Irish band that are quickly building momentum off the back of an eventful 2018; A year which saw them release a critically acclaimed single, 'We Are Ghosts', sell out another headline show (The Workman's Club) and perform energetic shows to their biggest crowds to date, supporting childhood heroes, Aslan, to 1500 at Vicar Street and 5000 people at Iveagh Gardens.

To date, self-promoted, self-managed and self-funded, Vinci have sold out three headline shows in Dublin, been invited to perform for President of Ireland, Michael D. Higgins at Aras an Uachtarain (The White House), showcased in London and Los Angeles, released three singles to superb reviews and critical acclaim. 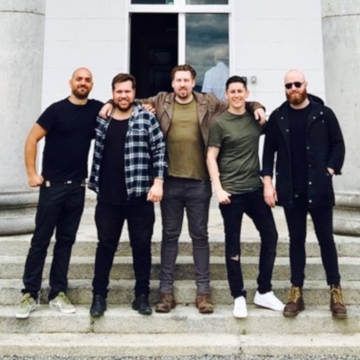