Pulled Apart By Horses are less a gang and more one big f****d-up dysfunctional family. The Leeds quartet are a tightly-knitrock band who make music that thrills and menaces, their songs armed with sucker punchriffs and zinging choruses.

Pulled Apart By Horses formed in 2008 out of the ashes of various bands in Leeds. Since then they have existed in their own chaotic ecosystem, embarking on relentless tours around the world and stopping only to make 2010's punkily infectious self-titled debut and its snarling 2012 follow-up ‘Tough Love’ (produced by Gill Norton -Pixies/Foo Fighters etc.) .

With their third album ‘Blood’ and critically acclaimed fourth album ‘The Haze’ behind them.  Pulled Apart By Horses are approaching the future with fresh perspectives, open minds and a flurry of creativity writing new songs, defining their sound and taking back control! 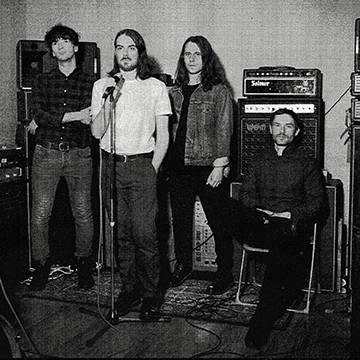