The Altered Hours - support - The Bonk

The Altered Hours are a music group based in Cork city, Ireland. Their music takes on many forms, exploring vast psychedelic spaces, immediate post-punk tones, repetitive rhythms and propelling structures. Having previously released music with Anton Newcombe's Label 'A Recordings & Irish indie labels such as Art For Blind Records & Penske Recordings, the band have toured extensively across Europe over the past few years.

The Altered Hours discography to date has shown an ever evolving style, sometimes unpredictable yet always exciting. Live, they have become known for their intense & exhilarating performances.

“On the intense and hypnotic In Heat Not Sorry, much of the music is utterly spellbinding.” - Hot Press

The Bonk is a project based around compositions by Philip Christie. Gathering influences from 60’s garage, jazz and experimental pop, recursive rhythms and improvised melodies are brought together in loose minimalist song forms.

Their debut album, The Bonk Seems To Be A Verb was released as a limited edition cassette with Drogheda-based label thirtythree-45 in October 2017. Since then the group have been working on new recordings. May Feign, the first single from this new clump will be available in September 2019. 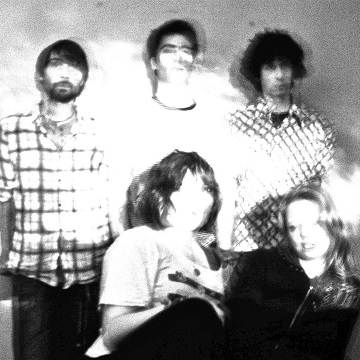