Ellen and Carla were writing and singing together from the age of 15 before taking their music to a new level as Elkin. Following the release of debut single Paro, ELKIN were named as one of State.ie's Faces of 2018.  Their debut EP, Bad Habits, was released in May 2018.

After gigs such as Whelan’s Ones To Watch 2019 and Nialler9’s Music Cork Showcase, ELKIN present new single Cut My Tongue for release June 2019.

"What impresses most is how self-assured the music and sound delivery is... easily able to go toe to toe with more established Irish (and indeed international) acts" - Remy 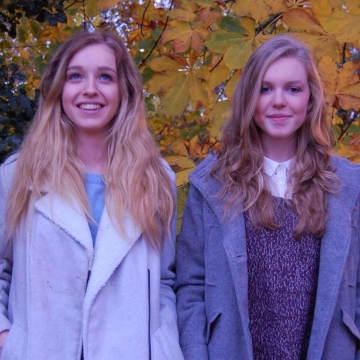