The Stars of The County Down, The Sands Family Folk Group, celebrate their 40th Anniversary..

Anne, Ben, Colum, Dino and Tommy grew up on a small farm near Mayobridge. They learned to play traditional tunes and sing traditional songs but they also had an ear for American folk music from the likes of Pete Seeger and Joan Baez.

Today The Sands Family are themselves internationally acclaimed artists, admired and respected by their peers and they can claim Seeger and Baez as friends.

Anne, Ben, Colum and Tommy have kept on singing for an amazing 40 years and fans insist they just keep getting better. With over twenty albums under their belt, they’ve been the subject of several television documentaries and are the recipients of numerous music awards.

The Sands Family songs strike a chord with their audiences, the wit and humour of the stories and jokes are infectious. The rapport is intimate and immediate. 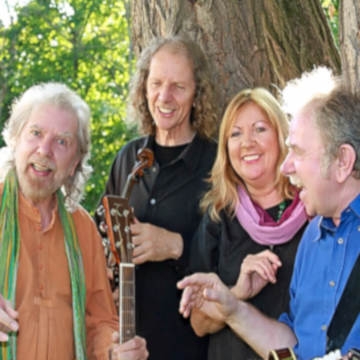