Scouting For Girls are a British pop rock band from London, consisting of Roy Stride, Greg Churchouse and Pete Ellard.

Formed in 2005, they released their debut self-titled album in 2007, which spent two week at the top of the UK Albums Chart, and featured the single She's So Lovely and Elvis Ain't Dead. ‘Everybody Wants to Be on TV’ followed in 2010, which contained the #1 UK single, This Ain't a Love Song and reache #2 in the album chart.

Scouting For Girls have headlined their own shows and tours across the UK, the rest of Europe, Japan, Australia and America and have played shows at venues such as Scarborough Open Air Theatre, York Racecourse, as well as festivals such as Lytham Festival and Penn Festival. 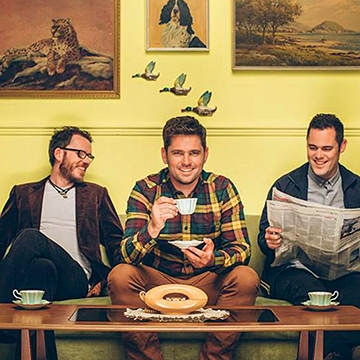