Frontm3n is Peter Howarth - The Hollies, Mick Wilson - 10CC, Pete Lincoln - The Sweet
These three artists have had interesting and diverse careers in music, since they first worked together in the 90s as vocalists in Sir Cliff Richard’s.

As well as writing for musical theatre, Peter Howarth went on to star in London’s West End in the Orbison musical, before joining The Hollies as lead vocalist in 2004. Peter has also written and recorded his own solo projects, culminating in his latest album Evermore - Songs Of Love & Inspiration.

Mick Wilson has enjoyed a busy career as a session singer, working with everyone from Lionel Richie to Alice Cooper and ELO. He also produces and composes music for TV with numerous credits to his name. Mick took on the role of frontman for 10CC more than ten years ago, covering lead vocals, percussion, guitar and keyboard duties. In 2011 Mick released his debut solo album So The Story Goes.

After his time with Sir Cliff, Pete Lincoln went on in 1996 to join the eccentric English band Sailor as frontman - a role that he enjoyed for almost a decade - before ‘jumping ship’ and taking up the position of frontman/bassist with Glam Rock Legends The Sweet. Pete also composes for film and TV and in 2014 finally released a debut CD of his own songs entitled Soul Searching. 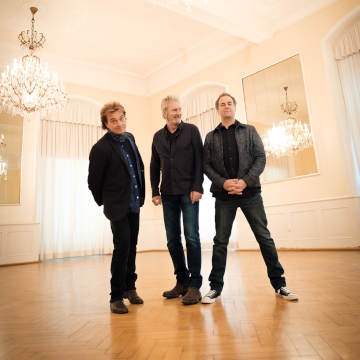