The Skids - Four decades after they formed – in the white-hot summer of 1977 – The Skids are back. The post-punk pioneers, currently on a hugely successful comeback tour, will release their fifth album ‘Burning Cities’ in January 2018.

Initially driven by a shared vision of widescreen guitar melody, harmony and lyric, the classic Big Country sound was further enhanced later that summer by the arrival of  drummer Mark Brzezicki and bass player Tony Butler. This is the Big Country that (with producer Steve Lillywhite), recorded the classic debut album 'The Crossing' in 1983.  The band broke massively worldwide with the release of the album. 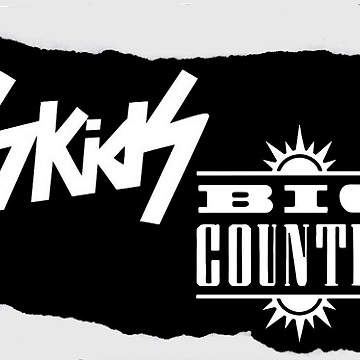