Family alt-folk trio Wildwood Kin made quite the impression with their 2017 debut album ‘Turning Tides’. It set them on course for an enthralling ride which led to majestic performances at Glastonbury, Radio 2 Live in Hyde Park and the Teenage Cancer Trust’s ‘A Beautiful Night Out’ at the Royal Albert Hall.

Wildwood Kin have gained extensive support from Radio 2 and BBC Introducing. A growing fanbase fell under their spell in the process, pushing them past the 20 million streams landmark.

Now Wildwood Kin return with their self-titled second album, which will be released on October 4th. 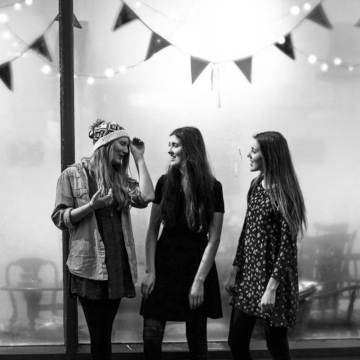