There are guitarists, then there's Sean Shibe. A young Scot who has taken the world by storm ever since winning the BBC New Generation award in 2012, he is a musician with an intelligence and wisdom far beyond his years. Equally at home in whatever genre he turns his hand to, he has never set boundaries on the scope of his musical exploration.

Ben Johnson, one of the busiest young tenors in the chamber and opera worlds, a multi-award winning recitalist and owner of one of the most beguiling voices around,

They bring intensity and a new clarity to Bach, Giuliani and Walton, and adventure and risk to contemporary work. Music Network has commissioned a new work by Brian Bolger for this tour. 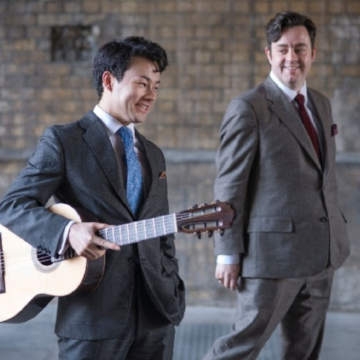