Canadian country group James Barker Band formed in Ontario. The band consists of James Barker, Taylor Abram, Connor Stephen, and Bobby Martin.
In 2015, they won the Emerging Artist Showcase at the Boots and Hearts music festival and the following year, they were signed to Universal Music Canada.

The James Barker Band released their second EP “Singles Only” in May of 2019 which includes their current summer hit single “There’s a Drink for That” – the fastest JBB single yet to hit the 2-million total global streams mark (took 4 weeks).

They are excited about their busy 2019 festival and concert schedule which already included performing at the C2C festivals in both London, England and Berlin, Germany, and the CMA Fest in Nashville. 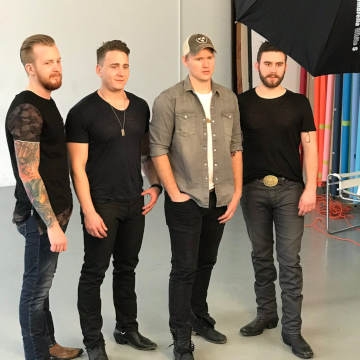