Daoirí took up music himself at the relatively late age of 16 and only started to perform at 23, but he has come a long way since then and the early release of his accomplished debut album ‘The First Turn’, which he recorded in 2009 while studying music on the Ceoiltoir Higher National Diploma in Irish Traditional Music Performance course, in Ballyfermot College of Further Education (BCFE), Dublin.

Daoirí Farrell became the All Ireland Champion Singer at the Fleadh in Co. Derry in 2013 and won the Danny Kyle Award at Celtic Connections in 2015 with the line-up FourWinds. 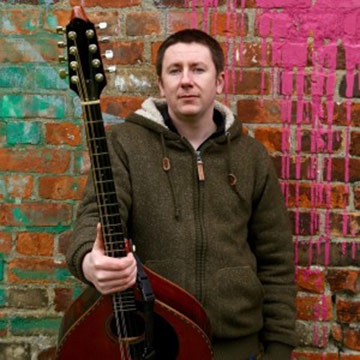