Each member of Palaye Royal doubles as musician and visionary. The Pirate, The Vampire, and The Gentleman inspire a level of devotion reserved for My Chemical Romance or Twenty One Pilots, as their deep fan connection crosses genre-divides.

Kerrang! declared the band to be “on the cusp of next-level stardom” and with good reason. Palaye Royal went from support act on any tour that would have them to the cover of Rock Sound and Alternative Press. 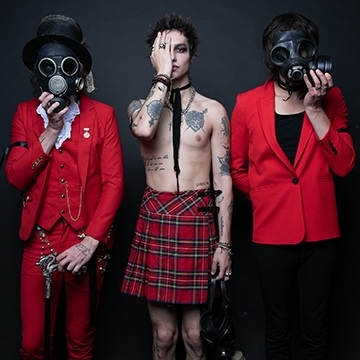