Irish two-piece alternative rock band Greywind are from Killarney, Ireland. Greywind's lineup consists of siblings Steph and Paul O’Sullivan. Greywind have already achieved playing some of the biggest festivals in the world. Including Reading and Leeds festival, Isle of Wight festival, Download Festival, Rock Am Ring.

Greywind debut album ‘Afterthoughts’ was recorded in Texas with Grammy-winning producer Jason Perry. The album was released through Universal in January 2017 on the day of their sold-out headline show in London and chartered in the official UK rock chart. They have been heavily backed by the likes of BBC Radio 1, Zane Lowe and MTV. 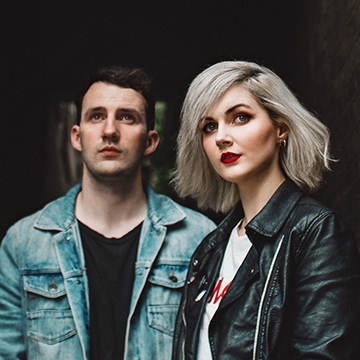