His hit single “Nevermind” has become a global phenomenon amassing over 1 billion streams, is platinum in eight countries and reached #3 on the alternative radio charts in the US. In February 2019, Dennis released his followup, “Never Go Back”, which is a direct continuation to Nevermind.

Dennis Lloyd learned the trumpet at age 8 and the classical guitar at 13. While on a trip to the US in his early teens, Dennis recalls buying his first microphone that he quickly put to use recording original music from his bedroom.

With Dennis composing, writing, performing, and producing every inch of his records, the level of thought and emotion put into each note is undeniable, while the melodies are brilliantly simple and irresistible. 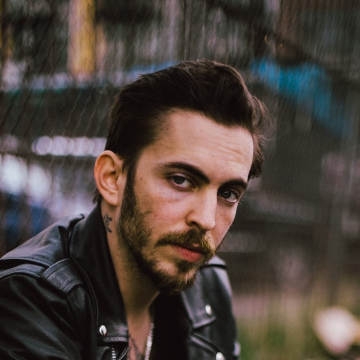