English rapper Ocean Wisdom is from Camden Town, London. Ocean Wisdom spent years perfecting his craft, remaining relatively quiet even in his home town of Brighton. That was until a chance encounter with UK Hip Hop producer/artist Dirty Dike. One take later and Walkin’ was born. No hook, no ad-libs just raw, unfiltered energy and originality.

Ocean Wisdom debut album Chaos 93’ was released through High Focus Records on in 2016. It entered the official iTunes album charts the same day, peaking at no.10. The album, which was produced entirely by Dirty Dike, has already been hailed as “A genre defining release” and was the winner of Wordplay Magazine’s album of the year 2016. 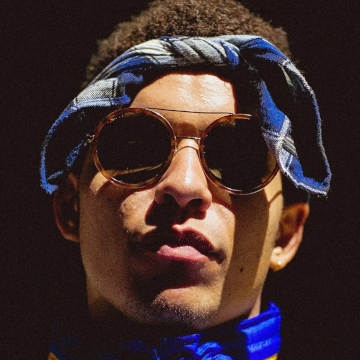