The seminal British group Supergrass declared their improbable comeback - 6th September, in a suitably bold manner, taking to the stage unannounced at Glastonbury Pilton Party to rip through a mesmerizing Greatest Hits set.

Supergrass are one of the most important bands to emerge during the 1990s, with several million record sales, including 6 top 10 albums and 10 top 20 singles. 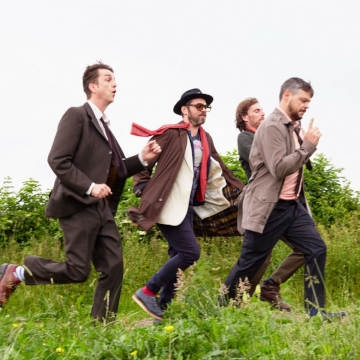