Singer/songwriter Sam Tompkins has performed alongside the likes of Krept and Konan, recorded with MNEK, gained attention from Bebe Rexha, Bastille and Passenger and had his original song ‘Chains’ feature in Noel Clarke’s smash hit ‘Brotherhood’.

Sam’s music is nostalgic of 90’s R&B with a 2019 fresh production. He has a wide range of influences, from Ray Charles to Justin Timberlake, Usher, Ed Sheeran and Drake. He is a talented songwriter and has a unique ability to pen lyrics that touch people emotionally. His vocal range is amazing, as Bebe Rexha herself said “Sam’s voice is so incredible, he makes music you can make love to and he gives me goosebumps!”.

In Jan 2017 Sam went on to win MTV International’s ‘Cover of the Month’ campaign, for a unique cover version of Bebe Rexha’s ‘I Got You’. With International support from MTV, Sam is being promoting across their network in over 150 territories worldwide, via Snapchat Discover, Facebook and on air on MTV News. 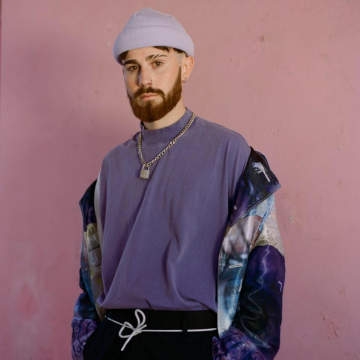