Lilla Vargen is a singer-songwriter from Northern Ireland. Her name means Little Wolf in Swedish - an alias which encapsulates both her strong, soulful, evocative voice and the vulnerability in those honest, minimal songs of love and loss.

Lilla Vargen's debut EP - the three-track ‘Hold On’ - followed a month later, and included an astonishing cover of ‘Downtown’ by Majical Cloudz, which premiered on BBC Radio 1 and Majestic Casual. The critically acclaimed EP racked up just under a million listens online in a month, alongside plays from KCRW and further support from BBCR1.

Recent live shows include supports for Lisa Hannigan and James Bay, alongside festival shows in 2018 at Body and Soul and Forbidden Fruit in Ireland, and The Great Escape, Live at Leeds, Latitude and more in the UK. 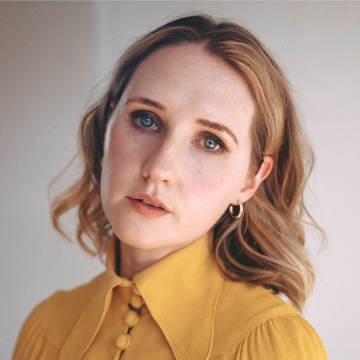