Randy Newman - In Support of his acclaimed Dark Matter album

American singer-songwriter, arranger, composer, and pianist Randy Newman is known for his distinctive voice, mordant pop songs, and for film scores. Since the 1980s, Newman has worked mostly as a film composer.

Randy Newman started his songwriting career as a teenager, Newman began recording as a singer and pianist in 1968 with a self-titled album. Throughout the 1970s, he released several other acclaimed albums.

In addition to his solo recordings and regular international touring, Newman began composing and scoring for films in the 1980s. The list of movies he has worked on since then includes The Natural, Awakenings, Ragtime, all three Toy Story pictures, Seabiscuit, James and the Giant Peach, A Bug’s Life, and most recently, Disney/Pixar’s Cars 3.

Randy Newman’s many honors include six Grammys, three Emmys, and two Academy Awards, as well as a star on the Hollywood Walk of Fame. He was inducted into the Songwriters Hall of Fame in 2002 and the Rock and Roll Hall of Fame in 2013. 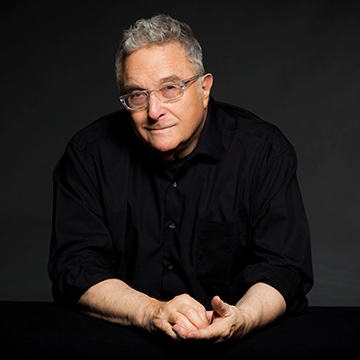