The band will be hitting the road this Fall in support of their upcoming album, Fandom.

Fandom, the third full-length from Waterparks (and first on Hopeless Records), and  produced by Zakk Cervini (Poppy, Yungblud, nothing, nowhere.), is a colourful, diverse, and enigmatic collection of songs that includes the previously released, “Dream Boy”, “Watch What Happens Next” and the tornado-like, “Turbulent” released in late May. 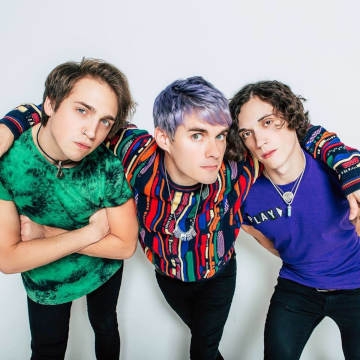