For the uninitiated, Steel Panther was formed in 2000 and is comprised of Michael Starr (lead singer), Satchel (guitarist), Lexxi Foxx (bass) and Stix Zadinia (drums). Hailing from Los Angeles, the epicenter for rock n’ roll in all its debauchery and glamour, Steel Panther has established themselves as the world’s premier party band, melding hard rock with parody and criminally good looks.

To quote the band themselves “If you’re a person who’s depressed and always bummed out and prefer it to rain, go to a fuckin’ Morissey show” 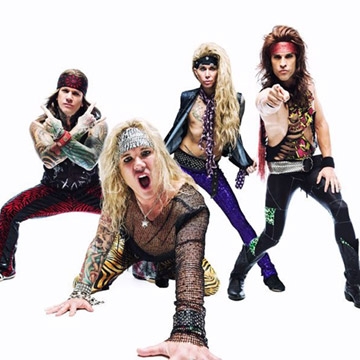