Ryan Young is one of the most exciting fiddle players working today. His accolades include an MG Alba Music Award and multiple nominations for the BBC Radio 2 Folk Awards.  Aidan O’Rourke (Lau) has described Young’s musicianship as: “Uniquely graceful and expressive playing…a future star of the Scottish fiddle world.”

Jenn Butterworth has performed on a host of award winning and nominated studio albums, including Kinnaris Quintet’s ‘Free One’, which was long-listed for Scottish Album of the Year in 2019. Kinnaris Quintet was also nominated for Folk Band of the Year at the 2018 Scots Trad Music Awards, and the Horizon Award at the BBC Radio 2 Folk Awards. 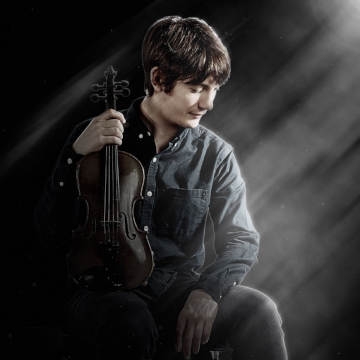