Kris Barras Band - plus guestsUK Guitarist Kris Barras has a genre-defying sound: a high-energy hybrid of no-nonsense Rock, Blues and Country. Winners of ‘Best New Band’ in the 2018 Planet Rock awards, the Kris Barras Band have become one of the UK’s fastest rising acts. Recently voted one of the ‘Top Blues Guitarists in the World’ (Music Radar) and winning the ‘Best Album’ accolade in the European Blues Awards.

Kris was nominated for ‘Blues Guitarist of the Year 2017’ by Total Guitar magazine and voted into the Top 15 Blues Guitarists in the World by Music Radar.

The band have enjoyed a lot of radio airplay, with three ‘a’ list singles on planet rock as well as numerous bbc plays and live performances. in June 2018, the kbb appeared on BBC Radio 2 with Richard Madeley, with an interview as well as performing two acoustic tracks live on air to over 3 million listeners. 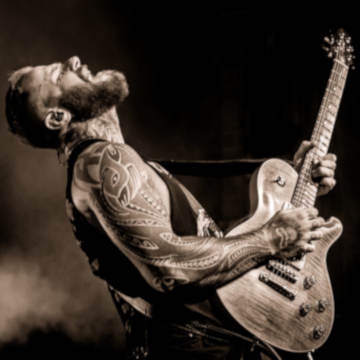