Wynona Bleach released their Debut Single “Eyes Burning” in January 2018, and a debut album containing new material (along with some selected revamped R51 tracks) will be recorded in a warehouse in rural Portugal during the summer of 2018.

Nealo - The 34-year-old from Blanchardstown put in a decade as the sandpaper-throated vocalist in a hardcore punk band, spent 7 years training as a lawyer before packing it all in to walk dogs for a living, and overcame personal and professional tragedy to become one of the brightest new stars in Irish hip-hop.

Valium - A Belfast based quartet fusing Rock, Blues and Funk into a musical gargantua of love and great vibes. ‘This Feeling’s a Wave’ EP available now on all platforms.

Nickcantsleep - Nick is an upcoming rap artist who brings a change to the rap music you would hear in Belfast. Whilst his music has only been released for a year, he has already become a fan favourite on the rap scene. 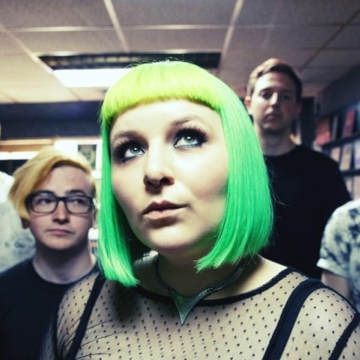