Danielle Balbuena, better known by her stage name 070 Shake, is an American singer and rapper from North Bergen, New Jersey. 070 Shake is a part of the musical collective 070, who have released a mixtape together titled The 070 Project: Chapter 1. Shake released her debut extended play, Glitter, in March 2018. 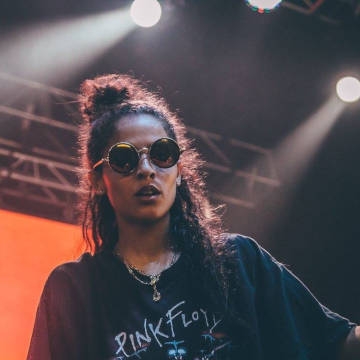