The Irish born and raised singer songwriter Shirley Grimes left Ireland at the age of 18, Shirley settled in Bern, Switzerland in 1991. Shirley Grimes quickly progressed to becoming a household name and a favourite of music critics who dubbed her ‘the most beautiful voice in Switzerland’. For good reason: her voice is an instrument of purity and her earthy songs a harmonious marriage between her musical roots and her individuality.

Over the years, Shirley Grimes has released eight albums and played countless concerts. Her newest album ‘Hold on….’ is a work of wisdom and maturity. It collects 11 poignant songs that are both outspoken about world affairs and intimately personal. The songs are beautiful, the arrangements refined, the voice as honest as ever. ‘Hold on….’ is the sound of sincerity. 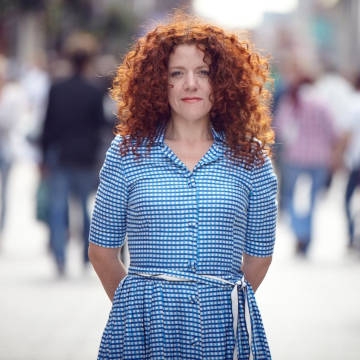