The Seán Cox Rehabilitation Trust was set up to raise money to fund the future rehabilitation of lifelong Liverpool fan Seán Cox from Dunboyne, who was left with life-changing injuries following a horrific and unprovoked attack in April 2018.

Seán, 53 and a father of three, was attacked as he made his way to Anfield to watch the Champions League semi-final between Liverpool FC and AS Roma.  After almost 18 months of treatment in Ireland, Sean is currently undergoing an initial 12 week rehabilitation programme in the North of England in a specialist neurological facility which focuses on developing speech and movement. 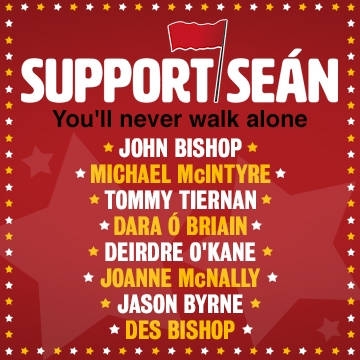