In June 2014 the band released their debut EP, the "House on Haunted Hill EP", alongside a music video for the title track – filmed at the former Harland & Wolff Titanic Drawing Offices in Belfast.

Conjuring Fate signed with Germany's Pure Steel Records in March 2017, and released their highly-anticipated debut album "Valley of Shadows" in June 2017 to much acclaim. The album release coincided with the band's third music video for "Trust No One", filmed at a former Cold War nuclear bunker in the Co. Armagh countryside! 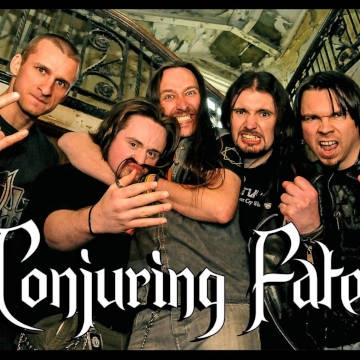