With a saxophone on her back, a fiddle in one hand and electric guitar in the other, Cork based Clare Sands is a musician, composer, songwriter and music therapist whose time has come.

Clare Sands resume includes a burgeoning music career, a first class honours degree in Music & Italian, and a black belt with several world medals representing Ireland in Karate.
Clare released her debut album ‘Join Me at The Table’ in October 2016 to critical acclaim ‘Really beautiful sounds’- RTE Radio 1. The album, entirely self-composed with Clare playing the majority of instruments, is an eclectic mix of Blues/Folk/Jazz/Trad.

With deep roots in Northern Ireland and County Wexford, Clare Sands started playing the fiddle at the age of four (she is a sixth generation fiddler). 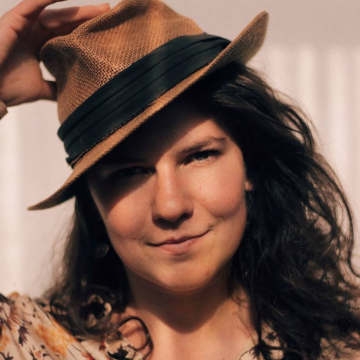