New Year’s Festival Dublin 2019 - Now in its eighth year, New Year's Festival Dublin (NYF Dublin) will be bigger and better than ever with 4 spectacular events set to take place over 2 days on 31 December 2019 and 1 January 2020.

Ash - From Jack Names The Planets in 1994 to their most recent album, 2018’s Islands the Downpatrick trio have experienced an incredible twenty-five years; Number One albums, Top Ten singles, numerous awards and world-wide accolades of their achievements.

Aimee - Dublin singer & songwriter Aimée hit the ground running with her solo, debut release last March. ‘Don’t Bother’ reached No.1 on iTunes day of release, was added to Spotify’s New Music Friday both here and in the UK.

Lisa McHugh -  Glasgow born singer/songwriter Lisa McHugh has undeniably authenticated herself as an artist who emulates her country and pop influences. Four of her previous albums went on to chart the top 20 of The Official Irish Charts with her 5th album #Country being the highest peaking at #3. 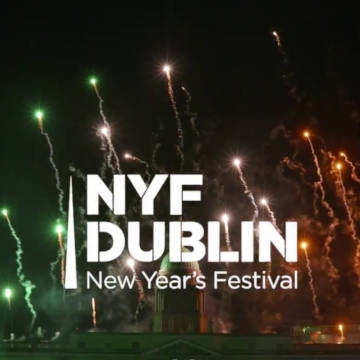