Paco Pena returns to Ireland in January 2020 in Paco and Friends – the world’s most celebrated flamenco guitarist.

Paco Pena embodies both authenticity and innovation in flamenco. As a guitarist, composer, dramatist, producer and artistic mentor, he has transformed perceptions of this archetypal Spanish art form.

Since 1970, Paco Pena has performed regularly with his own hand-picked company of dancers, guitarist and singers in a succession of groundbreaking shows. In 1997, Paco Pena was proud to be named Official de la Cruz de la Orden del Merito Civil and in May 2012,

Paco Pena was thrilled to be awarded the Gold medal in the Arts by the John.F. Kennedy Center for the Performing Arts in Washington. These honours were both bestowed by King Juan Carlos of Spain. 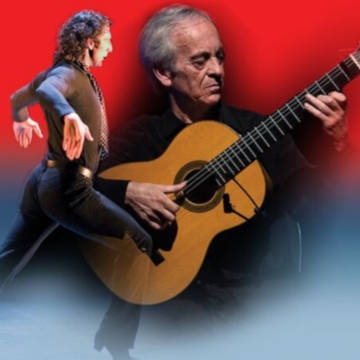