Rise (aka Jo Beth Young) is an English songwriter whose relentlessly authentic songs and mesmeric voice cut deep into the fabric of human frailty creating a visionary sound swaying hypnotically between dream folk and progressive grit; at times dark but always beautiful.

Since the release of her debut album ‘An Abandoned Orchid House’ in 2018 (under the longer moniker of Talitha RISE) she has been gathering international acclaim and support.
Rise's unique sound came early on in Ireland cutting her teeth on the folk circuit, she returned to the UK and met her long-term collaborator Martyn Barker (Shriekback, Goldfrapp, Robert Plant)

With comparisons to Kate Bush, Stevie Nicks, Mazzy Star, Tori Amos threading through Pink Floyd-esque sounds, it is still hard to pin down Rise’s sounds and influences. There are hints of her classical singing beginnings, her celtic studies and love of early prog,
​Jo-Beth decided on the change of name to Rise from Talitha Rise to mark the next phase of her career as a solo artist. 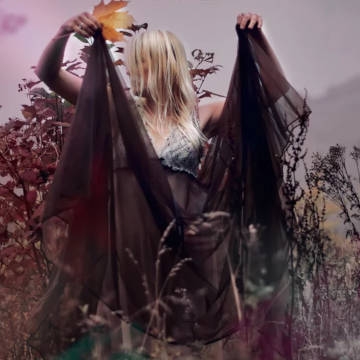