One of the UK’s most potent and electrifying rappers, Lowkey is a towering figure of the scene who renews the old tradition of conscious hip-hop activism for the war on terror generation.

Born Kareem Dennis in London in 1986 to an Iraqi mother and English father, he first started rapping at the age of 12 and cut his teeth at Carnaby Street’s legendary Deal Real records. 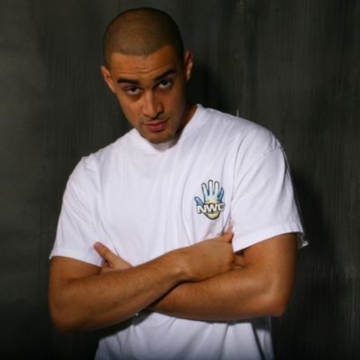