A faun is playing his pipes alone in the woods. He is enchanted by nymphs and naiads and drifts off to sleep filled with colourful dreams… From the dreamy opening flute tune, the sleepy calm of an afternoon in the forest is evoked in Debussy’s celebrated and magical Prélude à l'après-midi d'un faune.

As a teenager Sibelius discovered the violin, writing ‘When I play, I am filled with a strange feeling; it is as though the insides of the music opened up to me.’ He dreamed of becoming a virtuoso violinist and seriously pursued a performing career through his early twenties.

Unfortunately, his late start combined with stage fright prevented his dream from coming true. Many years later, however, his love of the instrument would find an outlet in one of his greatest masterpieces: the Violin Concerto in D minor.

The wonderful Sayaka Shoji is our soloist for this concerto. The concert closes with another mythical beast, Stravinsky’s dazzling, iconic Firebird. Astonishingly, Stravinsky was barely-known when he was approached to write for Diaghilev’s Ballets Russes, but Diaghilev had picked a winner and The Firebird was the first of a number of glorious collaborations between the composer and the ballet company. 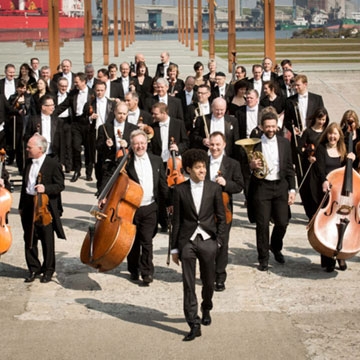