Jason Donovan came into our lives in the late 80s as Scott Robinson in the hit Australian series, ‘Neighbours’ and he went on in his career to have several hits and chart-topping albums including ‘Ten Good Reasons’, the best-selling album of 1989.

With hits like ‘Too Many Broken Hearts’, ‘Especially For You’ (with Kylie Minogue), ‘Any Dream Will Do’ and ‘Sealed With A Kiss’, it's no wonder he is one of the most sought-after musical talents of his time.

Since his days of topping the charts, he has rarely been away from stage or screen
Jason’s record breaking run in ‘Joseph’ in the early 90s preceded ‘The Rocky Horror Show’, ‘Chitty Chitty Bang Bang’, ‘Priscilla’, and ‘The Sound of Music’, ‘Annie Get Your Gun’, ‘The King’s Speech’, ‘Million Dollar Quartet’ and Jeff Wayne’s ‘The War Of The Worlds’.

Jason Donovan's talents are endless and recognised worldwide. Having mastered the world of music and theatre, Jason has never been far from our screens or hearts, making his way to the finals of ‘I’m A Celebrity’ and ‘Strictly Come Dancing’. 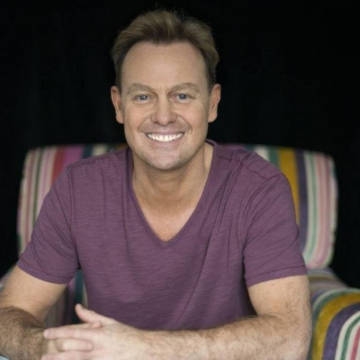