Irish band The Brothers Movement formed in 2007 and in a short span of time have shared billing with established rock acts like The Jesus Mary Chain, MC5, Chemical Brothers and Sonic Youth.

The Brothers Movement cite influences ranging from the Beatles to My Bloody Valentine, and their sound recall’s early Dandy Warhols and A Place To Bury Strangers. References to The Verve also abound due to the bands powerfull, emotive, woozy indie -rock but The Brothers Movement far from being copyists, are obviously hugely talented and are ushering in a new era of Brit-pop. 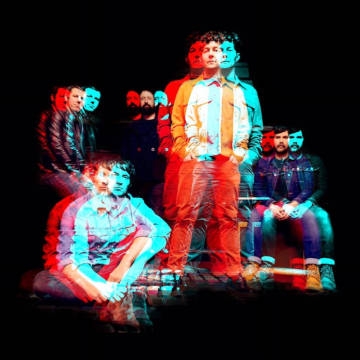