Ficino Ensemble was formed by Artistic Director Nathan Sherman in 2012 as a flexible group aiming to perform popular chamber music alongside lesser known works that deserve to be appreciated.

The Quartet features four outstanding musicians who are building an impressive reputation and an exciting repertoire. Their programme opens with one of Haydn’s finest string quartets – the one with the other-worldly slow movement in F sharp major and the riotous finale. 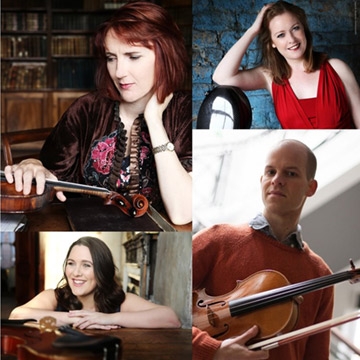