Vyvienne Long and Frank Burkitt are embarking on a whistle stop tour of Ireland, performing their own original songs on cello, guitar and voice.Frank and Vyvienne collaborated on Frank’s latest album Raconteur, which Frank released in his adopted homeland of New Zealand in 2018. Vyvienne added sumptuous cello arrangements to selected tracks and it was this album that helped The Frank Burkitt Band win the Vodafone NZ Music Award for Best Folk Artist 2019.

Vyvienne Long is currently mixing her second solo studio album, amid ongoing collaborations, live engagements and the shifting sands of family life. She lives in Co. Wicklow where she works as a composer, arranger, songwriter and cellist.

This contrasting yet complimentary double bill will feature a rare solo performance from Vyvienne Long alongside the newly celebrated folk writer Frank Burkitt in the
most intimate of settings. A night of thought provoking lyrics and captivating music. 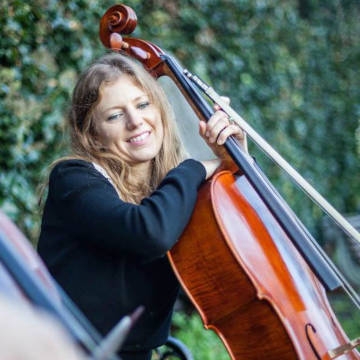