Rock band Pixies formed in 1986 and released their first album Surfer Rosa in 1988. With top 10 hits like Monkey Gone to Heaven and Here Comes Your Man, the band went on hiatus after the release of their second album before returning in 1990 with Bossanova

The Pixies then disbanded in 1993, but reunited again in 2004, going on to enjoy several sold-out world tours. The Pixies latest album Beneath The Eyrie is the third new album since Pixies reformed in 2004. After three decades beset with upheavals, splits, trials, and tribulations, Pixies was finally a band at ease with itself. 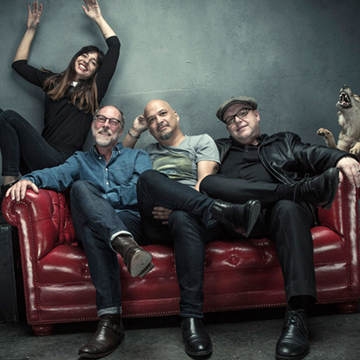