Engelbert Humperdinck exploded on to the music scene in the sixties with The Beatles and the Rolling Stones. His sixties did not so much swing as rage. The shy handsome boy catapulted almost instantly to world icon.

Engelbert Humperdinck became great friends with Elvis Presley and the two legends often performed each other’s songs. His first single in the charts was “Release Me,” which went into the Guinness Book of Records for achieving 56 consecutive weeks on the charts. It was No. 1 in 11 countries.

Engelbert Humperdinck’s music has transcended time and his voice still continues to reach out to people now – serving to transport and inspire, to embrace and to provoke feelings and emotions…ingredients that are no doubt the essence of his long-lasting success. 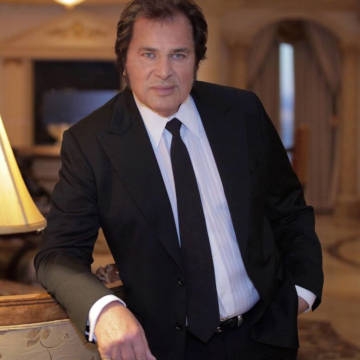