A legend in Irish country music Brendan Quinn has 11 studio albums to his name and countless appearances on other peoples work as a vocalist or guitarist.

Brendan Quinn has appeared at some of the world’s top country music festivals and shared the bill (and sometimes the stage) with other legends such as Merle Haggard, George Jones, Don Williams, Gene Watson and Hal Ketchum.

Brendan Quinn started in the music business as a guitar player with ‘The Malachi Doris Ceili Band’ at age 15. While playing in various Irish showbands like ‘The Breakaways’ and ‘The Signs’, he recorded Kris Kristoffe-rson’s ‘Help Me Make It Through The Night’ in 1969 which recieved extensive airplay in Ireland. 1972 saw Brendan with an Irish no. 1.

When Brendan Quinn recorded Faron Young’s ‘Four In The Morning’, and in the words of Faron Young himself ‘That Irish boy can sing my songs better than I can sing them myself’!

1995 saw Brendan ‘semi retire’ from touring and The Bluebirds became defunct after 20 years!. 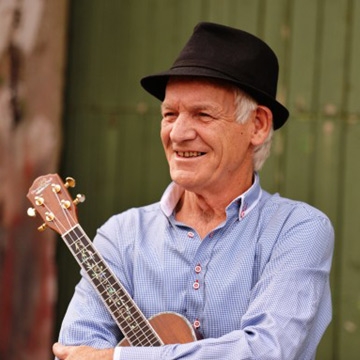