Alejandro Aranda, also known as Scarypoolparty, is an American singer, musician, and reality television personality from Pomona, California, and runner-up on the seventeenth season of American Idol.

Scarypoolparty influences & eclectic musical palette includes everything from Frank Zappa to The Deftones, and Nick Cave to classical masters such as Chopin. Aranda is self-taught guitar & piano player, developing his unforgettably distinct style over the past few years.  As he expanded his guitar skills, Aranda taught himself music production and began exploring his vocal talents.

A skilled and impassioned performer who puts his heart and soul into every show, Scarypoolparty has already sold out his first-ever acoustic tour and is wrapping up another nearly sold out U.S. 30-city full band headline tour this fall before heading to the UK for 2 debut sold out solo acoustic shows in London. 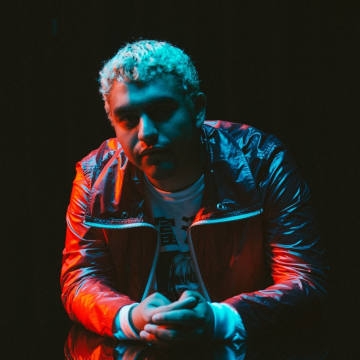