Irish classical guitarist, and a teacher and editor of guitar music John Feeley has been described by the Washington Post as ‘Ireland’s leading classical guitarist’ and by Michael Dervan in the Irish Times as ‘a trailblazer…when it comes to the guitar and guitar-playing in Ireland’.

In addition to his solo and chamber music concerts, Feeley has performed widely with orchestra - with The American Symphony at Carnegie Hall, the National Symphony Orchestra of Ireland, the Ulster Orchestra, and the Irish Chamber Orchestra, among others.

John Feeley has won a number of prizes in international competitions, including the Special Award for interpretation in the 1984 Mauro Giuliani competition, Italy.

John Feeley is well known for his own delightful guitar arrangements of Irish music which appear on several of his many recordings. 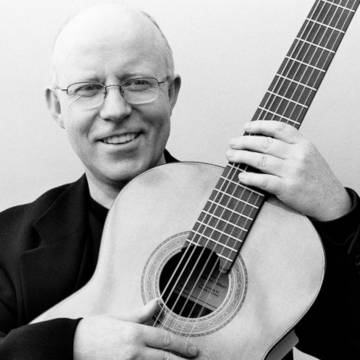