Alena Baeva & Katia Skanavi - This charismatic violin and piano duo bring sense and sensuality to anything they tackle.

Having collaborated with such heavyweight conductors as Gergiev, Järvi and Menuhin this duo have confidence and presence in spades, and with their gorgeous tonal palette and elegant discourse they bring sense and sensuality to anything they tackle. And being the 250th anniversary of Beethoven’s birth, their performance of the ‘Kreutzer’ Violin Sonata will be a real highlight of a programme which also includes a special Music Network commission for these extraordinary and charismatic artists.

Born in Russia to a musical family in 1985, Alena Baeva is a violinist, winner of the Grand-prix at the Second Moscow Paganini violin competition in 2004, the First Prize and nine Special Prizes at the XII International Henryk Wieniawski. 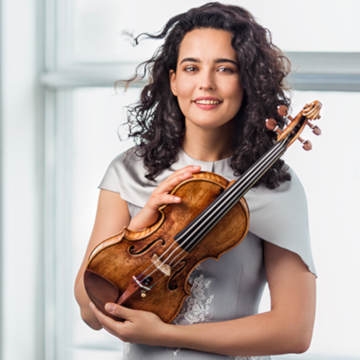